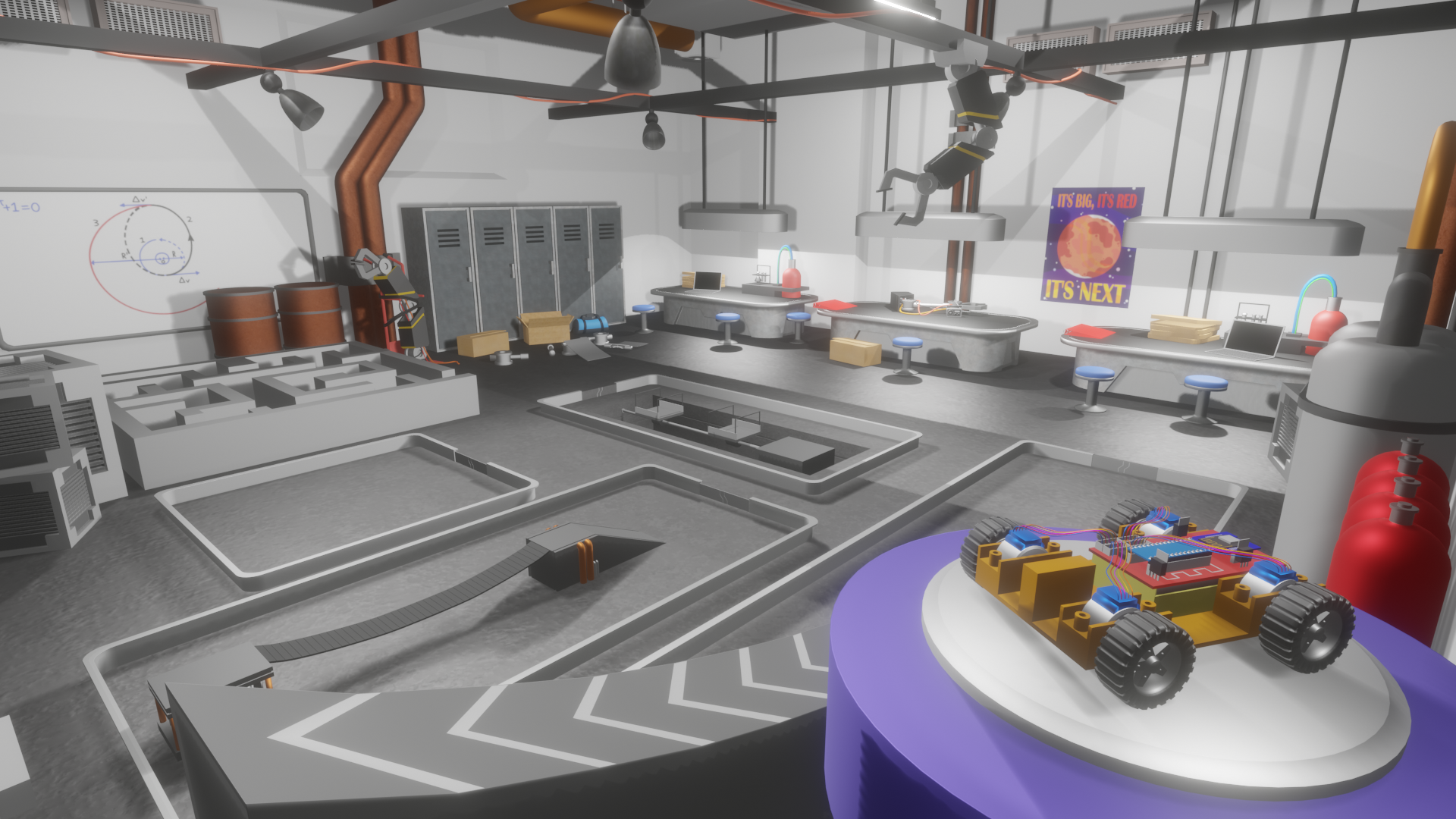 We are excited to announce a whole new world of Robotify. Explore amazing 3D environments, control engaging virtual robots, and learn how to code in a gamified browser-based app all from the comfort of your own home.

I think it's safe to say that in the last few months we have been extremely busy here at Robotify HQ. Our focus has been on delivering the biggest product update we have ever pushed and today I am really excited to be able to share it with you all. For the first time ever Robotify has the capability to deliver highly complex and fascinating 3D environments which can bring your child into a world of possibilities.

The scope is endless. Become a robot technician and work in a highly technical and super-cool robot lab or maybe your son or daughter wants to fly to Mars and control the Robotify Rover. Not interested in Mars? That's fine, with Robotify's new 3D environments we can bring your child to 1000s of different environments all from the comfort of your own home. And the best thing about it is you, the parent, don't even need to know how to code. Our software teaches it for you!

Our 3D environments create a truly immersive and engaging learning environment for our users. When you log in to Robotify and start coding it’s easy to get lost in the virtual worlds due to their realism, quirks, and interactivity. We’re really happy to share with you a number of different environments for launch.

This is just the beginning for Robotify’s 3D worlds. The courses mentioned above cover The Launch Pack as well as our new projects feature. In the future, we will be launching some really awesome previously unseen environments such as Mars, Underwater and Aerial.

Our content creation team have been hard at work crafting three extremely intuitive and interactive courses:

Learn the Robotify basics, get your robot moving and get a walkthrough of the robotify environment. A great place to start for total beginners.

Help 5ID-NEE the robot escape the robotics lab before they're disassembled for parts! Learn block programming basics: variables, functions, algorithms, and logic. This course is best value for money.

Learn how brute force attacks work in the nuclear battery lab. Take control of a conveyor system and develop your understanding of functions. This is the most challenging course we offer, but also the most rewarding!

Not only are these courses incredibly fun and engaging, but they are also self-paced, standards driven and practical. We have focused on crafting narrated learning content which seamlessly flows with our 3D environments. Coupled with our robots, this creates a wonderfully satisfying learning loop.

The first 100 people who buy Get Moving will receive the full Launch Pack for free.

When students write their programs and see them come to life in the courses through the 3D simulator - they love it. Our content is designed to teach users the basics of programming and bring them through more advanced concepts all currently using Google Blockly - a graphical programming language. 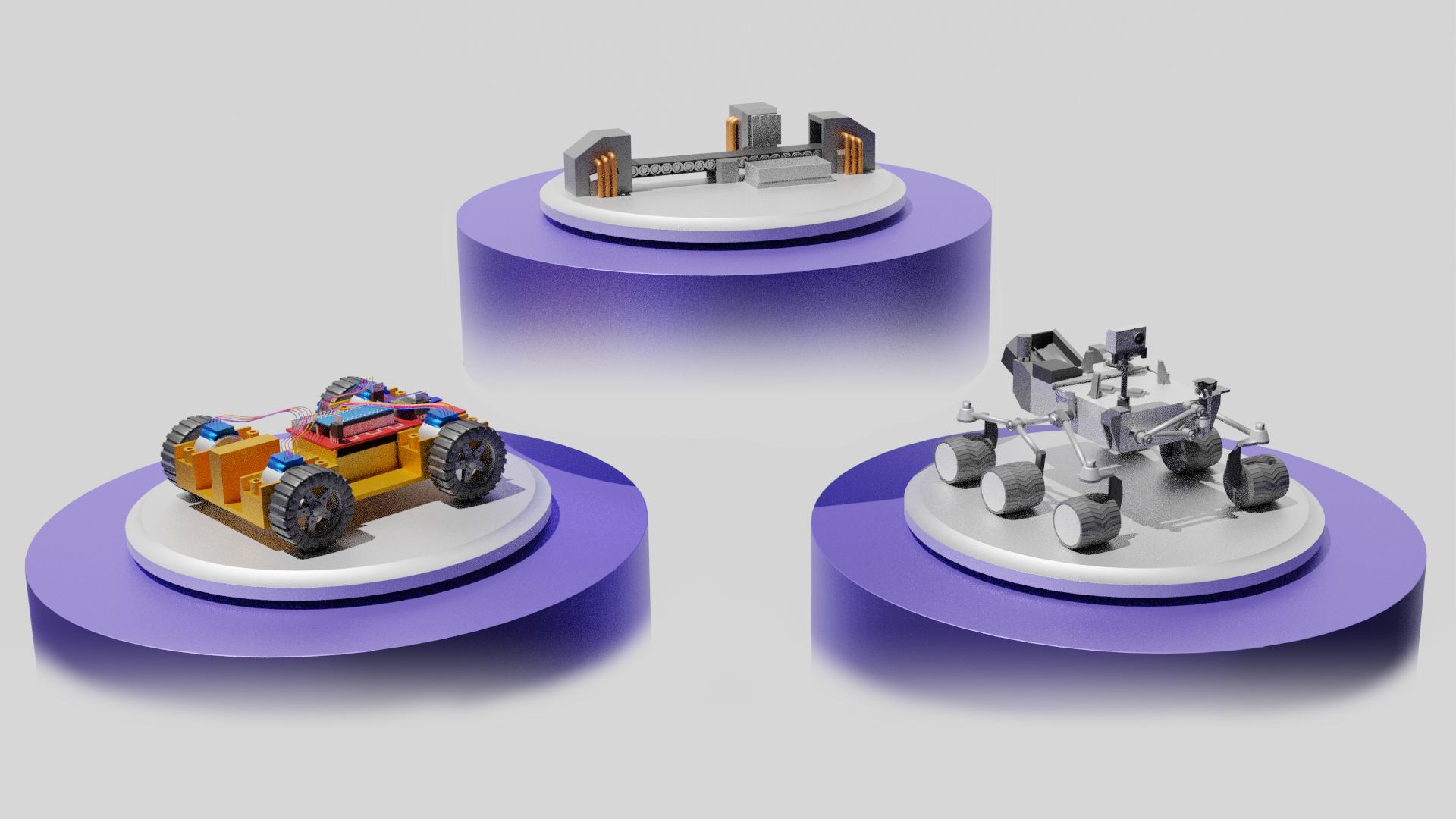 We like robots so much, we named our platform after them. Robots are an awesome way to engage students when teaching code. The realisation that text/blocks on a screen can make things move in real life is extremely empowering. We've taken this philosophy and removed the physical aspect. This has led to the creation of the world's first virtual robotics code-learning platform. We believe our product re-captures that learning loop even without the physical robots.

We’ve introduced 4 new robots into our system with plenty more to come. Currently, we have the capability to deliver all kinds of robots whether that be 5ID-NEE, Mars Rover, Drones, Space Vehicles or Sub-Aquatic Vessels. Our current robot fleet is extremely fun to use and all physically accurate.

Robotify Smart Feedback is dwesigned to automatically guide students to the correct solution, where possible. If a student makes a simple mistake such as making a spelling mistake or entering the wrong number, the software will highlight the issue and provide a smart feedback message.

You no longer have to worry about having to understand the code in order to teach your son or daughter how to program - however you’ll likely learn very, very quickly anyway when using Robotify!

For the first time ever users can showcase their learning by engaging in the community and writing their very own projects for the Robotify platform. Essentially projects gives users acess to the just coding platform with the environments and robots but without any learning. It's an open-ended book. Once a user has learned enough through courses, they will be able to start writing their own code and share it with the community. 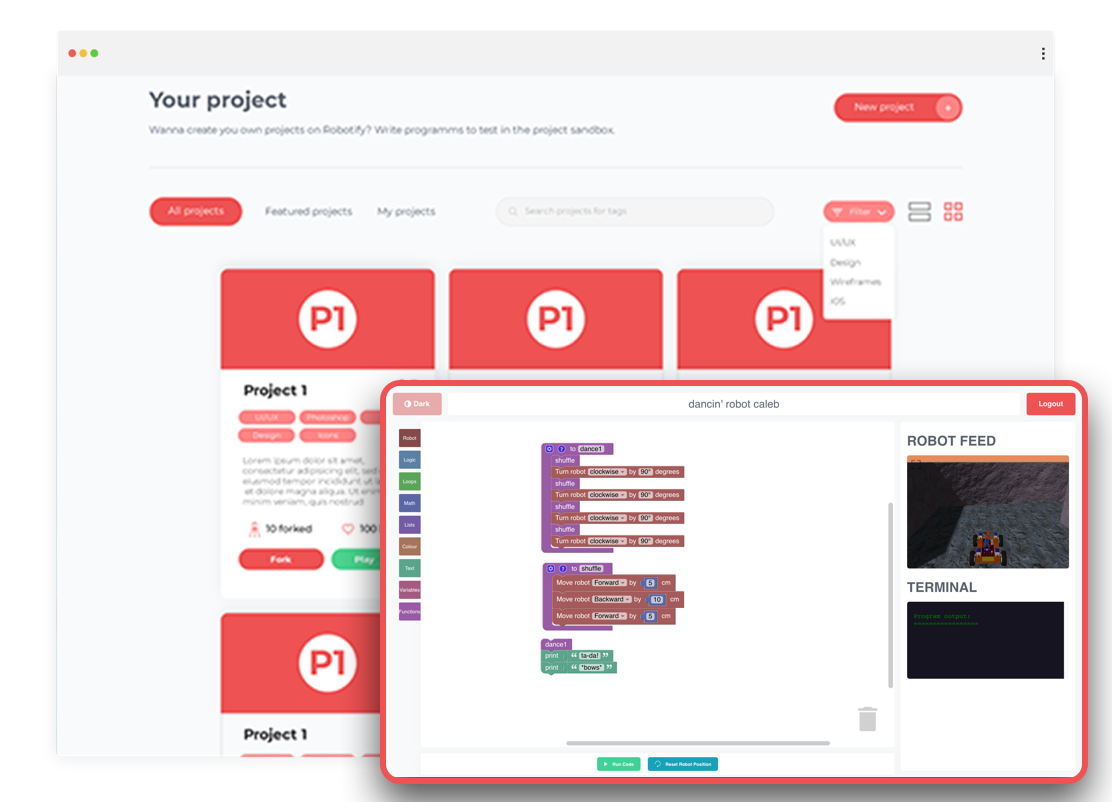 This is a powerful feature. Once young learners begin to use their imagination and write projects on Robotify the sky is the limit. This feature encourages creativity and collaboration.

We will be releasing weekly themed challenges - which are open ended questions. We could ask for the best maze algorithm or potentially the best dancing function! Whoever submits the best project for the week's challenge will win prizes including exclusive courses and Robotify swag!

And a lot, lot more.

We will be launching a subscription service in late September and users who sign up on the first bout will receive credits toward that. We’re super excited about the possibilities of Robotify. We hope you are as excited as we are.